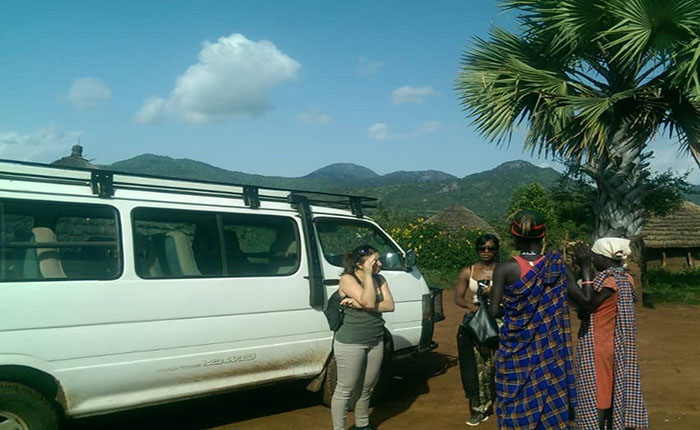 22 April, 2019 09:00 a.m. Uganda
Bwindi Impenetrable National Park lies in southwestern Uganda on the edge of the Rift Valley. Its mist-covered hillsides are blanketed by one of Uganda’s oldest and most biologically diverse rainforests, which dates back over 25,000 years and contains almost 400 species of plants. More famously, “Bwindi impenetrable forest” also protects an estimated 320 mountain gorillas – roughly half of the world’s population, including several habituated gorilla groups, which can be tracked.
This biologically diverse region also provides shelter to a further 120 mammals, including several primate species such as baboons and chimpanzees, as well as elephants and antelopes. There are species of birds hosted in this forest, including 23 Albertine Rift endemics. 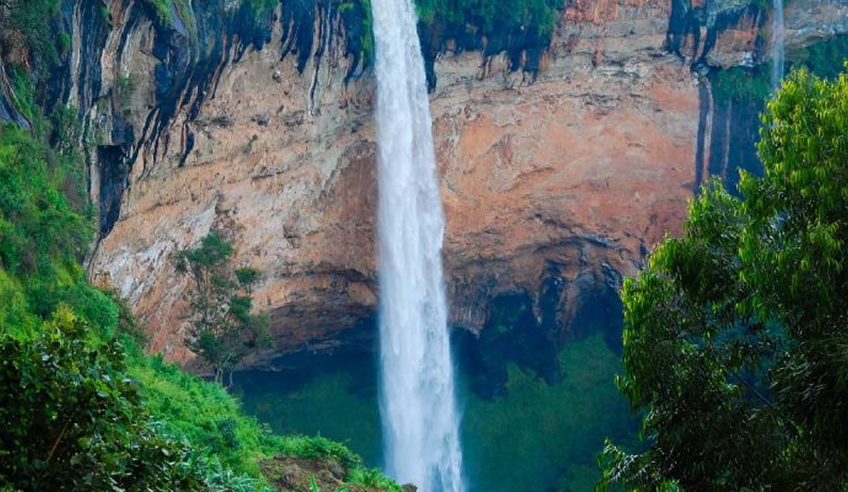 22 April, 2019 09:00 a.m. Uganda
Profile This is an extinct volcano located on Uganda’s eastern border. Mount Elgon National Park boasts numerous interesting features including gorges, ancient caves, waterfalls at Sipi and hot springs. Birdlife is abundant on the mountain and various wildlife varieties may also be encountered.
At 4,000km² Mt. Elgon has the largest volcanic base in the world. Located on the Uganda-Kenya border it is also the oldest and largest solitary, volcanic mountain in East Africa. Its vast form (80km in diameter) rises more than 3,000m above the surrounding plains. The mountain’s cool heights offer respite from the hot plains below, with the higher altitudes providing a refuge for flora and fauna.
Request a Tour 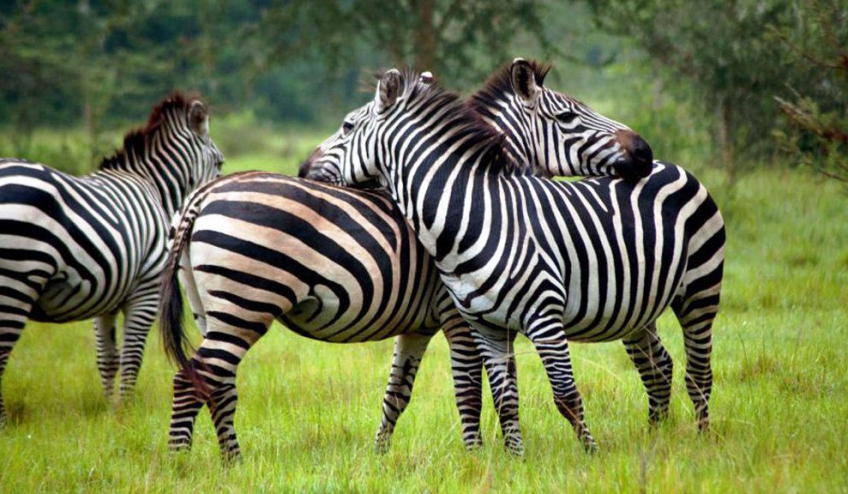 22 April, 2019 09:00 a.m. Uganda
This is situated between the towns of Masaka and Mbarara, Lake Mburo National Park is a compact gem, located conveniently close to the highway that connects Kampala to the parks of western Uganda. It is the smallest of Uganda’s savannah national parks and underlain by ancient Precambrian metamorphic rocks which date back more than 500 million years. It is home to 350 bird species including the marabou stock and the crowned crane as well,leopard, hippo, topi, crocodile and reedbuck. Together with 13 other lakes in the area, Lake Mburo forms part of a 50km-long wetland system linked by a swamp. Once covered by open savanna, Lake Mburo National Park now contains much woodland as there are no elephants to tame the vegetation.
Request a Tour 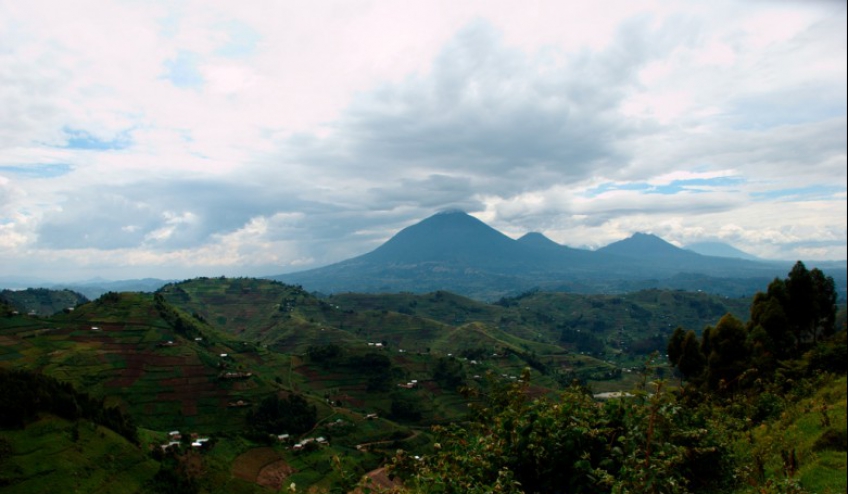 22 April, 2019 09:00 a.m. Uganda
Overview The Rwenzori Mountains – the fabled “Mountains of the Moon” – lie in western Uganda along the Uganda-Congo border. The mist-shrouded peaks of the Mountains of the Moon provide a stunning backdrop to this magnificent park, located on Uganda’s western border. The equatorial snow peaks include the third highest point in Africa, while the lower slopes are blanketed in moorland, bamboo and rich, moist montane forest. Huge tree-heathers and colourful mosses are draped across the mountainside with giant lobelias and “everlasting flowers”, creating an enchanting, fairytale scene.The Rwenzoris are a world-class hiking and mountaineering destination. A nine- to twelve-day trek will get skilled climbers to the summit of Margherita – the highest peak
Request a Tour 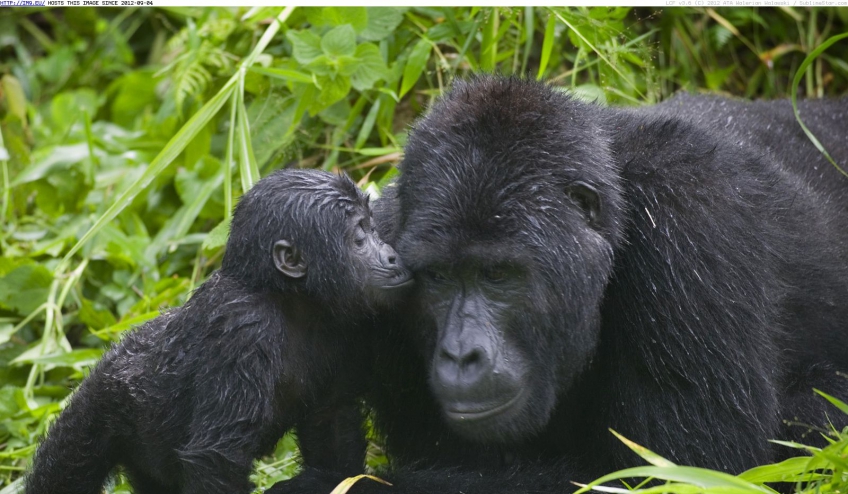 22 April, 2019 09:00 a.m. Uganda
Profile Kibale Forest National Park contains one of the loveliest and most varied tracts of tropical forest in Uganda. Forest cover, interspersed with patches of grassland and swamp, dominates the northern and central parts of the park on an elevated plateau. The park is home to a total of 70 mammal species, most famously 13 species of primate including the chimpanzee. It also contains over 375 species of birds. The Kibale-Fort Portal area is one of Uganda’s most rewarding destinations to explore. The park lies close to the tranquil Ndali-Kasenda crater area and within half a day’s drive of the Queen Elizabeth, Rwenzori Mountains and Semuliki National Parks, as well as the Toro-Semliki Wildlife Reserve.
Request a Tour 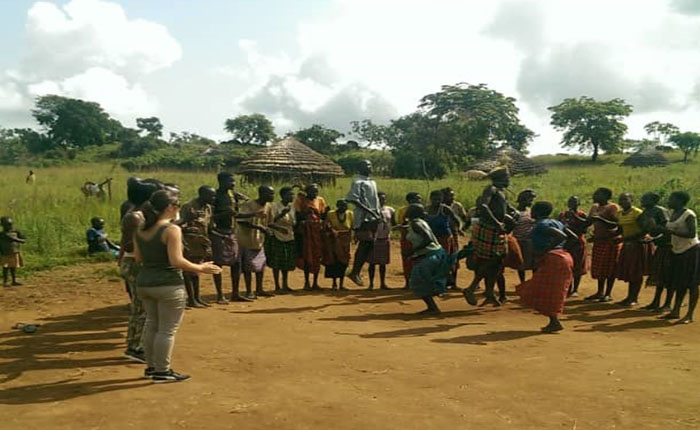 22 April, 2019 09:00 a.m. Uganda
Profile Kidepo is Uganda’s most isolated national park, but the few who make the long journey north through the wild frontier region of Karamoja would agree that it is also the most magnificent, for Kidepo ranks among Africa’s finest wildernesses. From Apoka in the heart of the park, a savannah landscape extends far beyond the gazetted area, towards horizons outlined by distant mountain ranges. During the dry season, the only permanent water in the park is found in wetlands and remnant pools in the broad Narus Valley near Apoka. These seasonal oases, combined with the open, savannah terrain, make the Narus Valley the park’s prime game viewing location.
Request a Tour 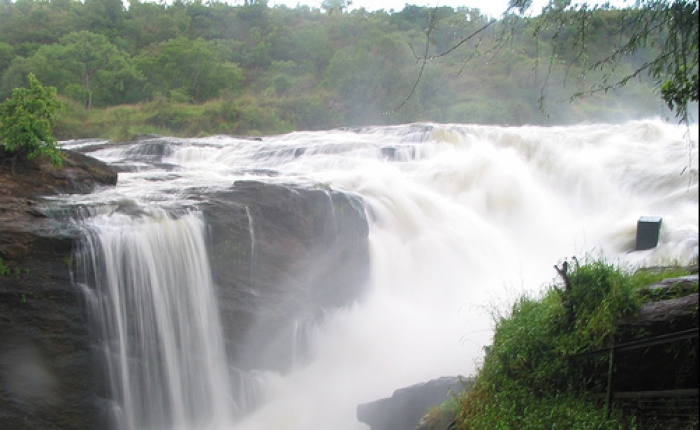 22 April, 2019 09:00 a.m. Uganda
Profile First gazetted as a game reserve in 1926, Murchison Falls National Park is Uganda’s largest and oldest conservation area, hosting 76 species of mammals and 451 birds. This is the largest National Park in Uganda – covering 3,480 sq km – and one of the most spectacular in Africa. The park is bisected by the Victoria Nile, which plunges 45m over the remnant rift valley wall, creating the dramatic Murchison Falls, the centerpiece of the park and the final event in an 80km stretch of rapids. The mighty cascade drains the last of the river’s energy, transforming it into a broad, placid stream that flows quietly across the rift valley floor into Lake Albert. On the banks, prolific wildlife including elephant, crocodile, hippopotamus, lion, giraffe, buffalo, and countless antelopes and birds can be observed.
Request a Tour 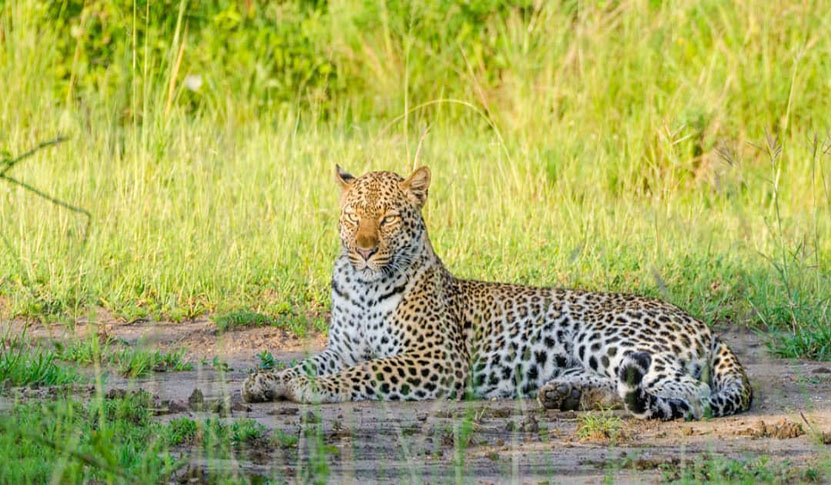 PARK AT A GLANCE Size: 1,978km². Uganda
Queen Elizabeth spans the equator line; monuments on either side of the road mark the exact spot where it crosses latitude 00.
The park was founded in 1952 as Kazinga National Park, and renamed two years later to commemorate a visit by Queen Elizabeth II.
The park is home to over 95 mammal species and over 600 bird species.
The Katwe explosion craters mark the park's highest point at 1,350m above sea level, while the lowest point is at 910m, at Lake Edward.
Queen Elizabeth National Park is understandably Uganda’s most popular tourist destination. The park’s diverse ecosystems, which include sprawling savanna, shady, humid forests, sparkling lakes and fertile wetlands, .......READ MORE 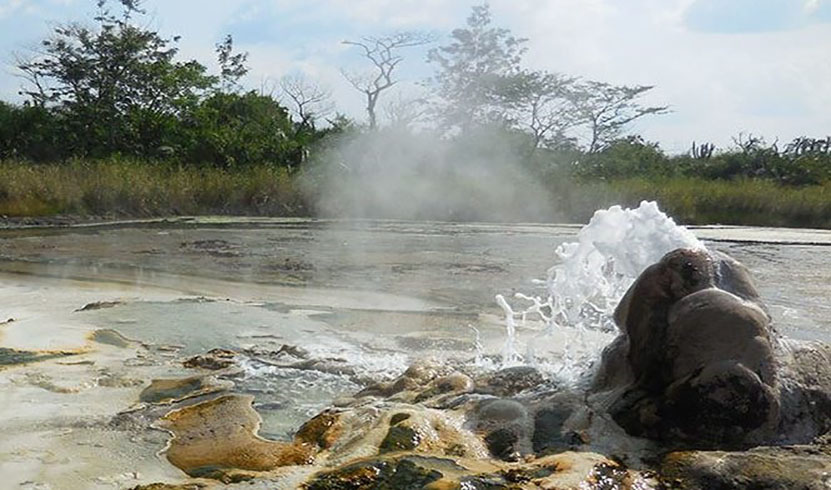 22 April, 2019 09:00 a.m. Uganda
PARK AT A GLANCE Size: 220km² with an altitude of 670-760m above sea level Semuliki Forest Reserve was created in 1932 and upgraded to national park status in 1993. It is the only tract of true lowland tropical forest in East Africa, hosting 441 recorded bird species and 53 mammals.
Large areas of this low-lying park may flood during the wet season,a brief reminder of the time when the entire valley lay at the bottom of a lake for seven million years.
Four distinct ethnic groups live near the park – Bwamba farmers live along the base of the Rwenzori while the Bakonjo cultivate the mountain slopes. Batuku cattle keepers inhabit on the open plains and Batwa pygmies, traditionally hunter gathers, live on the edge of the forest......READ MORE 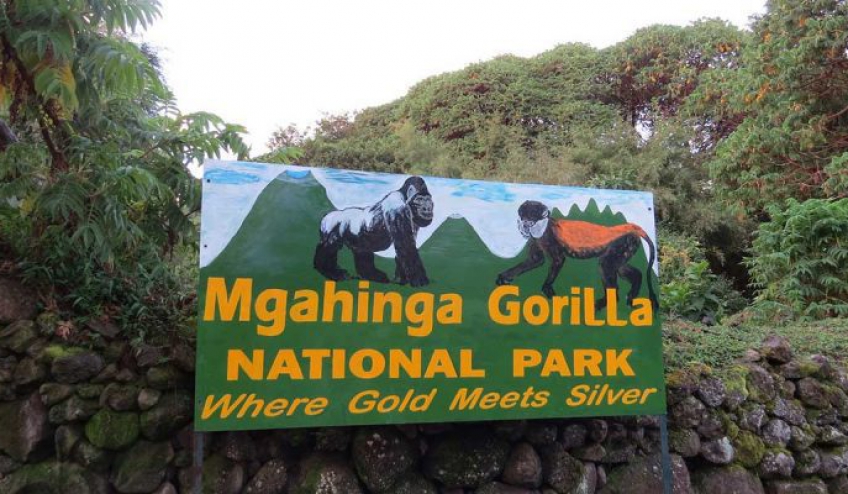 22 April, 2019 09:00 a.m. Uganda
Profile Mgahinga Gorilla National Park is yet another haven for the persecuted mountain gorilla. Located on the slopes of the Virunga Mountains in the extreme southwest corner of Uganda, the park has been set aside to provide a secure habitat for the gorillas. Mgahinga Gorilla National Park sits high in the clouds, at an altitude of between 2,227m and 4,127m. As its name suggests, it was created to protect the rare mountain gorillas that inhabit its dense forests, and it is also an important habitat for the endangered golden monkey. As well as being important for wildlife, the park also has a huge cultural significance, in particular for the indigenous Batwa pygmies. This tribe of hunter-gatherers was the forest’s “first people”, and their ancient knowledge of its secrets remains unrivalled.
Request a Tour